Rolling with the Tide 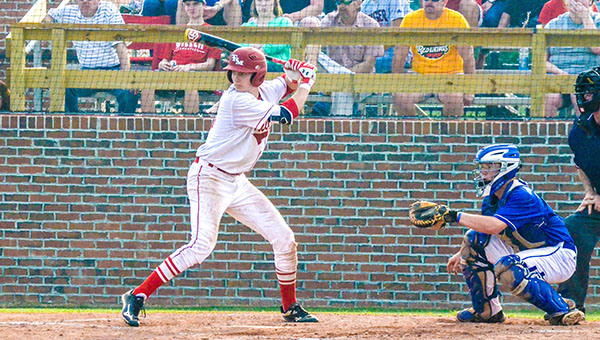 Corey Williams | The Brewton Standard
Williamson at the plate.

Rising T.R. Miller junior Drew Williamson still has quite a bit of games left to play in his high school baseball career, but plans are already in order for the Miller standout, as he has already verbally committed to take his talents to Tuscaloosa to play for the University of Alabama.

Williamson also visited Mississippi State, but felt the culture and baseball program at Alabama was a better fit.

“I love the coaching staff,” Williamson said of Alabama. “They emphasized the importance of faith, family and academics. Our family has prayed for a college opportunity like this for a long time. I feel like it will be a great place for me to call home.”

That home, Sewell-Thomas Stadium, went through a full scale $42 million renovation that saw its first season this past spring. With the stadium’s state-of-the art batting cages, locker room, dugouts and student section in right field, Williamson said the field is something he loved the most, describing it as a hitter’s dream.

The Crimson Tide is entering a new era after the departure of former head coach Mitch Gaspard in May. Greg Goff, formerly the head coach of Louisiana Tech baseball, was appointed to the position in June. At Louisiana Tech, Goff led the team to the NCAA Regionals in his second year at the helm, the first time the team made it since 1987. Alabama hasn’t made the NCAA tournament in the past two seasons.

Williamson said Goff and his coaching staff are looking to get the Crimson Tide program moving in the right direction.

“(Goff) has a long history of winning wherever he goes,” Williamson said.

Williamson, who played predominantly outfield and first base last season with TRM, said the Tide coaching staff sees him as a fit for first base and the outfield.

The six foot, four inch Williamson is new school by baseball standards with his combination of size and skill, but has a throwback, tenacious approach in work ethic and study of the game.

He is a career .383 hitter at TRM, making his debut at the varsity level while in middle school. Since then, he has accumulated 108 hits, scored 93 runs and recorded an on-base percentage of .506.

“(Williamson) is going to make a direct impact at the next level with his versatility,” said TRM head baseball coach Kevin Madden.

“Whether its first base or the outfield, he can make the adjustment. He’s a smart hitter with good bat speed that’s only going to get better. I look forward to seeing him develop even more over the next two years.”

With dedication to the sport to rival any, Williamson said there’s still big room for improvement in the years ahead.

“I pretty much want to take everything up a notch. Speed. Power. Arm strength. That’s a pretty big jump from high school to college. I still got work to do.”

Williamson is the son of Ed and Leslie Williamson of Brewton.