Chicken, ribs, but no ice cream?

A “serial burglar” had the makings of an enjoyable evening before being captured by the Brewton Police Department Friday. 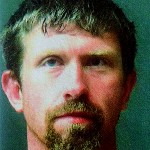 “Mr. Langham first broke into George’s, where he stole a pack of chicken, a rack of ribs, a loaf of bread and some potato chips,” Wesley said. “Then, from the Groove, he stole cash and liquor. He didn’t take anything from Mark’s. From Webb’s, Mr. Langham took a loaded .44 Magnum revolver.”

Wesley said officers discovered the thefts after an alarm sounded at Webb’s Automotive, which is located near Douglas Avenue and West Jackson Street.

Thanks to observant citizens, Sgt. Wallace Carter apprehended Lagham as he was walking in the area near Brewton Elementary School.

“Mr. Langham was apprehended without incident,” Wesley said. “After taking him into custody, officers located the loaded .44 Magnum revolver that Langham had concealed on his person.

“Thanks to the diligence of Sgt. Carter, we were able to take a dangerous man off the streets before any other incident could occur,” Wesley said.

He was booked into the Escambia County Detention Center.

Tigers look to work on basics