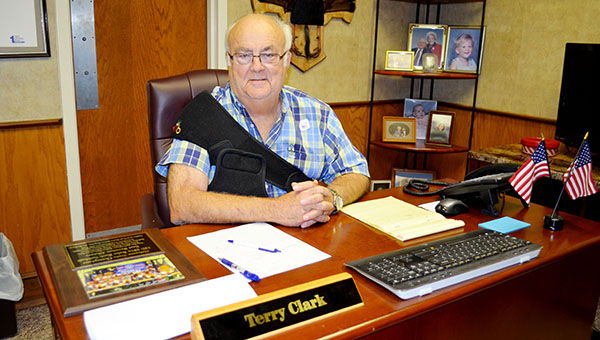 “I’m just full of joy,” said an emotional Clark. “The people have decided they want me back for four more years. I’ve got a great council. Together we work hard with the funds we have to make sure the citizens of East Brewton have the very best of everything. Again, I can’t say it enough to the people, but thank you.”

In total 354 citizens casted their ballots in the East Brewton mayor election. Clark gained 269 votes compared to his opponent, Michael Cosey, who received 85.

“My council and myself will continue to do all we can for the citizens of this city each and everyday,” Clark said. “It’s a promise I made, and a promise I plan to keep as mayor.”