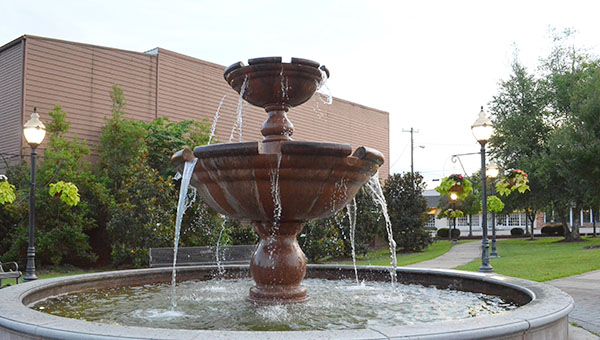 The Brewton City Council received its first complete look at a proposed $33 million budget for the upcoming fiscal year.

“We want the ship of Brewton to sail strong and smooth,” Yuhasz said. “These numbers are our best thoughts to accomplishing that.”

Yuhasz said the budget “remains steady” when compared to last year’s figures and includes a 2.5 percent cost of living increase for employees, as well as funds to comply with the wage and hour guidelines for salaried employees.

“If the council chooses to approve that increase, you would be looking at $156,000 in costs, which is included in this proposed budget,” Yuhasz said.

Expenses remain relatively flat; however, there is budgeted funding for extras outside normal operation costs, including a:

• $83,000 increase for the community recreation department that includes $25,000 for new Brewton Youth Football equipment, a $10,000 appropriation for the city board of education to begin an archery program and $10,000 to modify the YMCA ball fields to meet regulation requirements; and,

• $28,000 increase for the public works department for sidewalks and beautification projects.

Yuhasz said the $4.5 million increase in the city’s gas department budget will be used to meet the demand for natural gas, as well as cover a $170,000 consultant fee.

“There is so much that goes into speculating usage and cost of natural gas that we must have a consultant,” he said.

No vote was taken on the proposed budget.