The Brewton teen at the center of a regional missing search in March is once again missing. 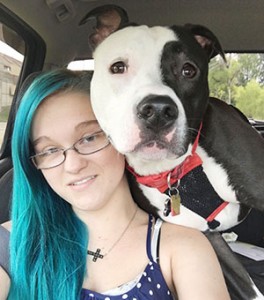 “Brooke did leave a note, and it said, ‘Be back soon,’ but no one has seen or heard from her since then,” Sgt. Patrick Caylor said. “We are treating this case as a runaway and are asking anyone with information about Brooke’s whereabouts to contact the Brewton Police Department.”

Caylor said the note did not indicate the teen’s final destination site or date.

Bridges, a home-schooled student, went missing in February and was ultimately located in April at the home of a “friend” just outside of Atlanta. During the months following, local, state and federal police – as well as a host of volunteers – combed the countryside and area waterways looking for clues. Bridges returned home willingly, and BPD Chief McGougin then told The Brewton Standard that Bridges planned her disappearance with the help of a male friend in Georgia, but as time passed, became worried about how her family would react when she reappeared.

Currently, police are investigating how the girl again left the area and where she might be.

Attempts to reach Bridges’ family for comment were unsuccessful.