Tolbert, 3 others traveling to game

For the second year in a row, W.S. Neal homecoming week has been marred by the tragic death of a former student.

On Friday, 18-year-old Darius Tolbert, a 2016 graduate, and three others were on their way to the Eagles’ game in Satsuma when the 2004 Dodge Durango they were traveling in left the roadway and overturned at 5:40 p.m. five miles north of Bay Minette. 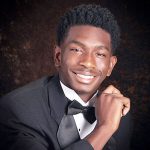 Tolbert, a passenger, was not wearing his seat belt. He was transported to a local hospital where he died at 7:10 p.m. The other passengers, who were not identified, were transported to other local hospitals for treatment. Nothing further is available as Alabama State Troopers continue to investigate.

WSN principal Patty Frazier said the “incredibly sad” event serves as a reminder for all.

“You never know from day-to-day what’s going to happen,” Frazier said. “The students here have taken it upon themselves to gather up an offering for (Tolbert’s) family, which I think says a lot about them and him.”

Tolbert was a basketball standout for the Eagles.

“It’s been an emotional (time),” said WSN baskeball coach Dewan Salter. “You know, as a coach, you get so close to your players, and I’ve felt all weekend as if I had lost one of my own sons.

“Darius was a tremendous joy to coach,” Salter said. “He would bring excitement to the gym every practice we had. All of our players loved him and couldn’t wait to see what unbelievable move that he was going to do with a basketball that day.

“You see, Darius had special ability and talent – he could jump out of the gym,” he said. “He was a great young man to coach. All Darius wanted to do was to play ball. My heart goes out to his family.”

Last year, the night before homecoming, 18-year-old Devontaye Trevon Taylor, a 2015 graduate, was killed in a similar crash seven miles north of Brewton.