A Brewton woman is facing an attempted murder charge after she allegedly tried to run over a man on Fountain Street earlier this week. 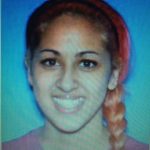 Brittany Marie Lee, 26, was arrested by the Brewton Police Department Tuesday after she allegedly struck the unnamed victim intentionally. The relationship between Lee and the victim is unknown; however, the man was life flighted to an area hospital for treatment.

Lee was transported to the Escambia County Detention Center.