A Flomaton woman was charged with making a terroristic threat in conjunction with Thursday’s “Flomo Klown” incident in Flomaton. It was the latest arrest in a rash of crazy clown social media scares across the southeast.

The odd reports began in South Carolina in August and soon began popping up in North Carolina, Alabama, Georgia, Kentucky and beyond. 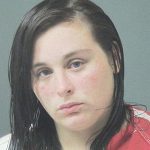 In Alabama, the instances are strikingly close to home and began Thursday in Flomaton. Other reports popped up in Andalusia and Troy.

Locally, the day’s events began last Thursday at 7:15 a.m. when the Flomaton Police Department received what law enforcement believe to be credible threats to students at Flomaton High School through the Facebook accounts “FLOMO KLOWN” and “Shoota Cllown.”

The FHS campus was placed on lock down until just before lunch as police conducted a sweep of the building. As a precaution and as the result of other anonymous phone calls, part of the Escambia County High School was placed on lockdown along with Huxford School temporarily.

It took a multi-agency effort of local, state and federal authorities to locate and arrest 22-year-old Makayla Smith of Pecan Leaf Lane, Flomaton, as the one responsible for the Flomaton scare. Charges are pending against three other juveniles – two from Flomaton and one from Pensacola, Fla. – for their alleged part in the plot. None of the juveniles have any affiliation with or were currently attending the public school system

As of Tuesday, Smith remained in the Escambia County Detention Center under a $200,000 bond. Circuit Judge Jeff White, who presided over the bond hearing, said that if Smith was released on bond, she is forbidden to access to any device that has internet or allows access to the internet.

Making a terroristic threat is a Class C felony and is punishable under Alabama law by up to 10 years in prison.