Issue at hand…Digital misuse is problem among youth 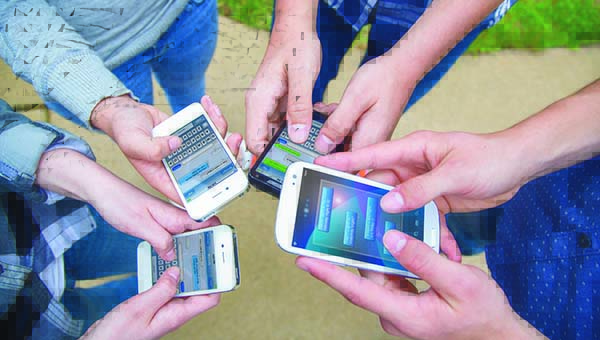 80 percent of all 12 to 17 year olds use a cell phone. What they do on that cell phone might surprise, and likely, disturb you.

Technology has made communicating easier today than ever before.

In the wake of recent clown threats made at Flomaton High School and other schools around the southeast, a local child advocate wants to send a strong message to parents. “Why put something so dangerous into your child’s hands?”

Stephanie Myrick is the Director of the Escambia County Child Advocacy Center, and it’s her job to protect and rescue children from dangerous situations. That’s why Myrick wants to grab parent’s attention and encourage them to educate their children before blindly handing over a cell phone.

Myrick said too many parents are putting a theoretical loaded weapon in their child’s hands well before they’re ready to handle that kind of responsibility, and it’s not just Escambia County. The i-Safe Foundation said 80 percent of all 12 to 17 year olds use a cell phone. What they do on that cell phone might surprise, and likely, disturb you.

Last week, three middle school students and one high school student in Geneva were arrested for making terrorist threats through social media disguised as clown imposters. The week before, police arrested 22-year-old Makayla Smith of Flomaton for making similar threats. She’s currently being held on a $200,000 bond in the Escambia County Detention Center. Charges are pending against three other juveniles – two from Flomaton and one from Pensacola, Fla. – for their alleged part in the plot.

Myrick, who’s handled multiple digital misuse cases involving human trafficking, knows first-hand the world that internet access on a cell phone can open for young, curious minds. The repercussions can be life altering for the child and their family.

Eleven percent of teenagers admit to sharing naked pictures of themselves online or thru text message. Of those, 26 percent don’t think the receiver of the photos shared them with anyone else.

“It does not matter what you think,” warned Myrick. “Even images that are sent by Snapchat are permanent. If we have to get a subpoena for different things, those images can be retrieved. You can get that information and it can be traced back to the person that sent it. “

That same DOJ survey found 26 percent of teens said they have participated in sexting, a form of graphic dialogue and pictures with another. What concerns Myrick is that some young minds don’t know who they’re talking to, much less that the images they share with this newly trusted person can be used to blackmail them into sharing more suggestive content. Teens have been known to commit or attempt suicide after such events.

“I think kids just don’t understand the impact of the messages they’re sending, what they’re viewing, what they’re looking at,” said Myrick. “I don’t think they understand just how much of that compromises their safety. There’s a possibility that you could ruin your reputation or somebody else’s. There are legal consequences to it. I just don’t think kids understand just how dangerous it is and how much power lies within that electronic device.”

Myrick said it takes diligence and a commitment to monitor your child’s activity.

Here are a few tips that Myrick and The Alabama Network of Children’s Advocacy Centers suggest:

• Make sure you talk to your child about the dangers and responsibility that comes with a cell phone.

• Know who your children are communicating with. Research contact, and friend’s lists within the device.

• Monitor messages and pictures taken, shared, and stored on the phone.

• Research the apps installed on the phone. You might be surprised at some of the cheating and chat room apps available today, disguised as something completely innocent.

• Consider parental control options if your child doesn’t follow the rules you set in place.

Myrick warns parents to teach their children that anything said or sent on your cell phone is assessable.

“Actions without thought end in consequence,” said Myrick. “What a child would consider a simple gun emoji, in this day and time, those things aren’t taken lightly. There’s danger associated with that.

“There are so many consequences with pictures, and messages, and emoji. And we, as parents, need to be responsible and set good example and make good choices. It’s really hard for a parent to tell a child they spend way too much time on their cell phone whenever a parent can’t eat dinner without being on their phone. Live by example.”