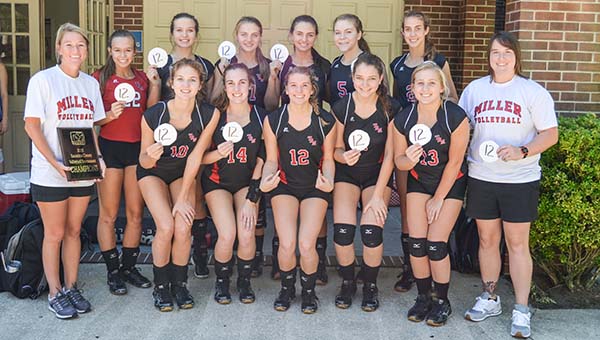 “I’m proud of this team,” said TRM coach Terri Lynne Peacock. “Every player on our team played an important role in our success today. Winning the county tournament 12 years in a row feels good. TRM heads over to JDCC every year knowing there is a lot on the line at this tournament. I’m proud for our school and our program.”

The Tigers went undefeated in all matches versus W.S. Neal, Flomaton an Escambia County.

Leading Miller was Steely Ruzic, Grace Ruzic and Allie Nelson with four kills each. Caitlyn Smith and Nelson each had four aces. Reiss and Mallori Floyd had three aces. 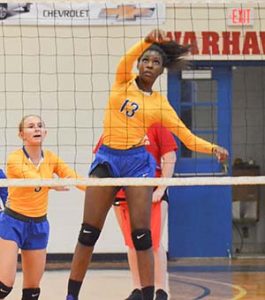 Neal’s Dinah Samuel returns the ball over the net against Flomaton.

The team raised $2,000 for the Side-Out Foundation, which directly funds breast cancer research and support.

Both TRM and WSN will compete in its final matches tomorrow before the area tournament. TRM will travel to play Andalusia at 4 p.m.

WSN will travel to Northview to play at 4 p.m. The match will be a Dig-Pink event to help raise funds for breast cancer research and show support for individuals battling the disease.