Getting ready for the outdoors 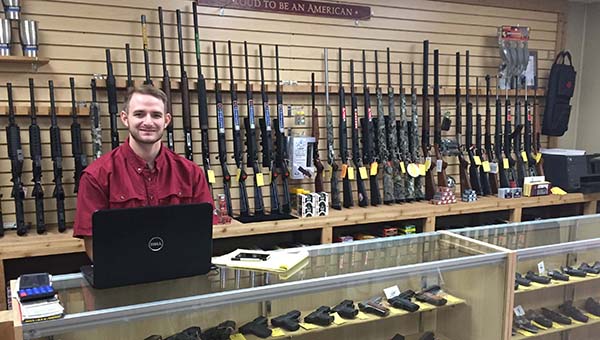 Corey Williams | The Brewton Standard
Wesley Barnes serves as manager for K and K Outdoors. The store inventory includes guns and ammunition, apparel, Wylex sunglasses, items such as coolers and tree stands, and a host of other products. The store is open Wednesday through Friday from 9 a.m. to 5 p.m.; and Saturdays from 10 a.m. to 5 p.m.

Get ready, for hunting season is among us with last week being the opening of bow season.

Hunting is a skill, for the professional and existential it’s considered an art form. From the layman to the best in the game, hunter gear and equipment can play a big part in seeing the catch and actually getting the catch.

In Brewton, K and K Outdoors provides the sporting goods to make your hunting season a success.

The store is owned by Brewton native Mike Newby and managed by his son-in-law Wesley Barnes. Barnes has spent eight years in the Navy and is currently serving in the Navy Reserve.

Barnes said the store opened in November of 2014, and has seen growth since then.

“Within the last month we started opening on Wednesdays,” Barnes said. “We’re growing slowly but surely.”

The store is small in square space, but that shouldn’t waver any shopper. What the store lacks in size, it makes up in inventory. 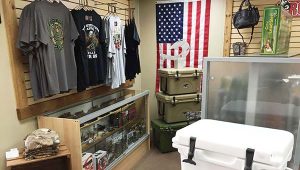 ‘So what if the store doesn’t carry a certain item?’ you may ask. 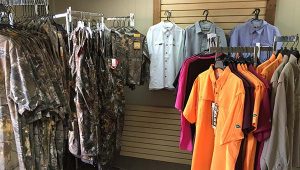 “We special order about every week,” Barnes said. “We order the basics like the guns and the ammunition but if somebody comes in an asks for something we don’t carry, we go ahead and order it for them. Like some people may like the rifle we have but not the caliber, so we order it.”

“We’d love to earn the business of the community,” Barnes said. “Anything a customer is looking for that we don’t have, I’ll do my best to try to find it for them. If we can make people in Brewton want to buy because we sell them quality products at a good price that’s what we’ll do. Plus Mr. Mike [Newby] and I love the outdoors,” he continued. “We love to hunt.” 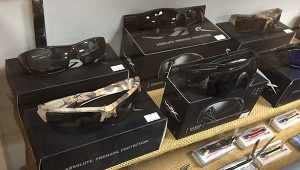 Just a few words shared with Barnes and you can tell he is a knowledgeable, and personable guy or what many would call a “people’s person”. Barnes said building relationships with customers is important at K and K Outdoors.

“I’m a talker, so I enjoy when people come to visit,” he said. “They can tell me their deer stories.”