Brewton’s Dr. Marsha Raulerson was one of two physicians in the state honored at the Alabama Chapter-American Academy of Pediatrics (AL-AAP) Annual Meeting and Fall Pediatric Update, held recently in Birmingham. 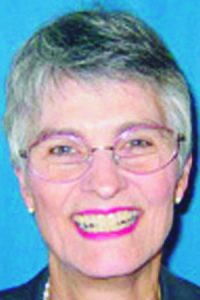 Raulerson was joined by Michelle Freeman, MD, FAAP, a community pediatrician at Dothan Pediatric Clinic (DPC) and were honored with the and the Wallace Alexander Clyde Distinguished Service Award for Excellence in Pediatrics and Children’s of Alabama Master Pediatrician Award respectively.

Having practiced community pediatrics in Brewton for 35 years, Dr. Raulerson accepted the Wallace Clyde award, initiated in 1984 by the University of Alabama at Birmingham (UAB) Department of Pediatrics and Children’s to recognize outstanding physicians who have devoted a lifetime of service to children and their families; recipients are chosen by a select committee of leaders in the field of pediatrics. A long-time and avid advocate for children, she has served as president of numerous child health and advocacy organizations, including the AL-AAP and VOICES for Alabama’s Children. She has worked on legislative advocacy at the state and national levels, and was on the original State Children’s Health Insurance Program (CHIP) commission in Alabama, which established the first CHIP in the country.

Both pediatricians received the awards at a Children’s-sponsored dinner, which was attended by 125 pediatricians from around the state and featured a keynote address by Alabama Senate Majority Leader Greg Reed.