Two people are dead in a murder-suicide in Flomaton Tuesday.

The ALEA state bureau of investigation, at the request of Flomaton Police Chief Bryan Davis, is conducting the investigation.

Cook said at approximately 1:45 p.m., FPD officers were called to domestic incident on Evelyn Street in Flomaton. Whey they arrived, they found Mrs. Cole inside the home. Moments later, Mr. Cole was discovered with a self-inflicted gunshot wound at his residence on College Street. 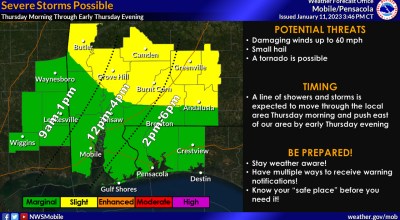