Get ready to vote Tuesday 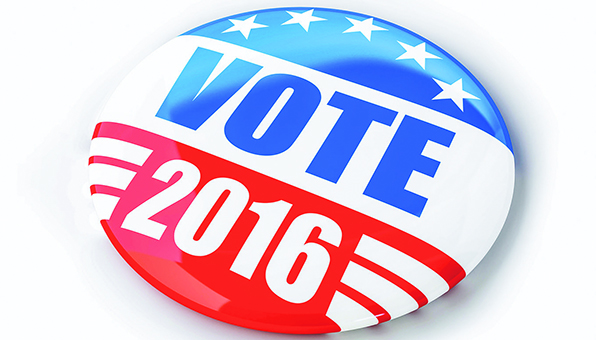 In addition to casting ballots for the next U.S. president, Escambia County voters will decide the outcome of two judge races and a county commission race when they go to the polls on Tues., Nov. 8.

For circuit judge, the election will be between Incumbent Circuit Judge Dave Jordan, a Republican, and Jim Hart, a Democrat.

For district judge, the election will be between Incumbent Jeff White, a Republican, and Eric Coale, a Democrat.

The District 2 county commission spot is between John Raymond Wiggins, a Democrat, and Rodney L. Butts, a Republican.

On the General Election, voters will decide between Democrats Hillary Clinton and Tim Kaine; Republicans Donald Trump and Michael Pence; Independents Gary Johnson and Willian Weld, and Jill Stein and Ajamu Baraka are on the presidential and vice presidential ballot.

For U.S. Senator, Incumbent Richard Shelby, a Republican, is up against Ron Crumpton, a Democrat.

In addition to the local and general elections, voters will decide on 14 separate statewide amendments.  Below are brief descriptions of the proposed measures:

• Amendment No. 1 looks to add two new board members to the Auburn University Board of Trustees, and also ensures that the terms of no more than three members’ terms will expire at the same time.

• Amendment No. 2 would restrict the state legislature from dipping into funds generated by state parks. It would constitutionally require that monies be spent on maintaining those parks, unless revenues top $50 million annually.

• Amendment No. 3 would institute a new procedure to determine whether a constitutional amendment should be voted on by the entire state or by the affected community only.

• Amendment No. 4 would expand local power by giving counties the ability to create new policies that apply to public transportation, road safety, emergency assistance, and personnel. It does not give county officials any new power or compensation. This amendment also prohibits new taxes, fees or programs from being instituted that would hinder a landowner’s legal rights to use their property, with the exception of legislative intervention.

• Amendment No. 5 cleans up and updates outdated terminology in Article III of the state constitution that relates “to separation of powers to modernize the language without making any substantive change, effective Jan. 1, 2017.”

• Amendment No. 6 would require a two-thirds vote of the Alabama Senate to impeach a public official, and subjects members of the Board of Education to impeachment. It does not change the reasons why an elected official can be impeached.

• Amendment No. 7 would require all Etowah County Sheriff’s employees, except the chief deputy, chief of detention, chief of administration, chief of investigation, director of communications, and food service manager to be under the authority of the Personnel Board of the Office of Sheriff of Etowah County.

• Amendment No. 8 would solidify the state’s “right-to-work” status into the constitution, making it difficult in the future for unions to force membership on Alabama workers as a condition of employment.

• Amendment No. 9 applies the office of Pickens County probate judge and would raise the age limit for the office holder from 70 (as currently allowed by law) to not over the age of 75.

• Amendment No. 11 would allow cities and counties to sell government-owned land within a certain type of development zone below fair market value for the purpose of economic development.

• Amendment No. 12 would allow the Alabama Legislature to enact a future local law incorporating a toll road and bridge authority for a city or town in Baldwin County.

• Amendment No. 14 addresses current legal questions over “budget isolation resolution” votes threaten a wide array of local laws. Amendment 14 seeks to protect the validity of over 500 local laws that have passed between 1984 and 2016, as long as they were approved using proper legislative rules at the time of their passage.