Ex-fireman arrested after being axed

Flomaton’s assistant fire chief was arrested Monday for resisting arrest after a heated argument among his peers. 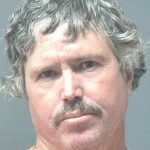 Davis said the incident began after Brantley was allegedly not re-installed to his volunteer post.

“It’s my understanding that the volunteer fire department does its own elections, where the mayor then appoints those officers,” Davis said. “And the department voted to go in a different direction.”

After that meeting, the situation “spilled over” to the city’s regular council meeting, Davis said.

“There were words exchanged inside that meeting, where Mr. Brantley stated, ‘They took away his white hat,’ and he was upset,” Davis said. “From there, a verbal altercation outside between people began to grow. Attempts to disburse the crowd were made; however, Mr. Brantley failed to comply with numerous requests for him to leave the property.”

Davis said when Brantley was taken into custody, he began to struggle or “physically resist.” Davis said no blows were exchanged.

Brantley was booked into the Escambia County Detention Center and later released on a $2,500 bond.