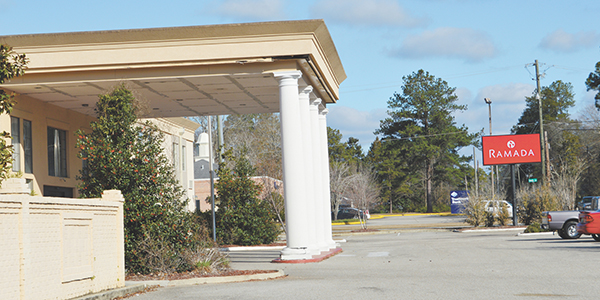 File photo
The former Ramada Inn will reopen as a Best Western.

It’s official – Brewton is getting a Best Western.

Mayor Yank Lovelace confirmed the name of the former Brewton Motor Inn earlier this week. The property, which was purchased at a February auction by Sapphire Hospitality LLC for $58,300 and was also known as the Ramada Inn, features 80-plus rooms in the “midscale boutique” hotel with an outdoor pool and banquet and meeting room facilities.

The property was shut down two years ago after a leaky roof caused significant damage. In May, new owner Atul Patel was granted a $20,000 economic development grant to remove renovation debris. Since then, crews have worked to “gut” the property.

“We’ve been told that the paperwork and financing have been approved, and the site will be a Best Western,” Lovelace said. “The contractor for the new roof should be starting in six to eight weeks – which is very exciting news.”

Lovelace said architects and Best Western officials are working on renderings of the building exterior.

“Drawings for the interior have been mostly completed, except for some of the interior design, and the sign should be going up soon,” Lovelace said.

Sapphire Hospitality LLC is not new to Brewton or to the business arena. It owns and operates 25 properties, including five hotels and two Brewton convenience stores, Spuds I and Spuds II.

The hotel is slated to open in the summer of 2017.

The two-story structure will feature a new elevator, updated interior design and décor, all new electrical, mechanical and plumbing.

The facility will employ 20-30, with the majority of those in the housekeeping department.  It is expected to generate $1 million in annual sales and $20,000 in annual lodging tax collections for the city.

A man of many talents