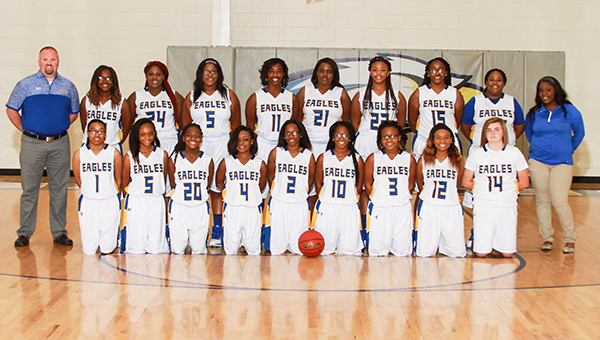 “Our goal we set in the summer is to compete and be area champs. I think we can be competitive in our region. We just got to keep working day-to-day. We got better in the summer with our summer ball [at the University of West Florida and Foley]. I hope that experience will carry over for us into the season.”

First year head coach for the W.S. Neal girls basketball team Doug Godwin is adamant his team focus on getting better day-by-day. It’s this approach that the Lady Eagles are using to jumpstart its 2016-17 campaign on the good foot.

Neal is coming off a 9-13 season a year ago, and lost a strong player in KeKe Floyd to graduation.

Leadership will be key in moving the team in the right direction, and it looks like it’s three seniors; Kayla Johnson, MeMe Lawson and Alexis Thomas have answered the call.

“A lot of the younger girls do look up to them as leaders,” Godwin said. “They’ve took that responsibility in stride.”

Godwin said the starting lineup looks to have Lawson and Autrey at the guard positions; Gillam and Fraser at the forward positions; and Jashira Dees at center.

Key players coming of the bench will be Aaliyah and Alyssa Askew, Reeves, Johnson and Betts.

“Aaliyah and Alyssa Askew and Tatum Reeves will see quite a bit of playing time rotating in and out the starting five,” Godwin said. “Kayla (Johnson) and LaKeshia (Betts) are two other girls that will be rotating in too at the center position.”

The team will look to move the ball to create open scoring opportunities on offense.

“We want to set screens, pass and cut to the paint and try to attack the basket,” Godwin said. “We also want to shoot the ball. So we want to open up the outside for three point shots.”

Defensively the team will run more of a 3-2-zone.

“We want to keep teams on the perimeter with our players on the outside creating pressure to force turnovers and fast breaks in transition,” Godwin said.

“We’ll press occasionally depending the matchup.”

WSN will share the region with Andalusia, Escambia County and Monroe County.

“I believe we can contend in our region,” Godwin said. “We’ve set our goal early. Will be facing decent competition. All we can focus on is getting better as a team with each game.