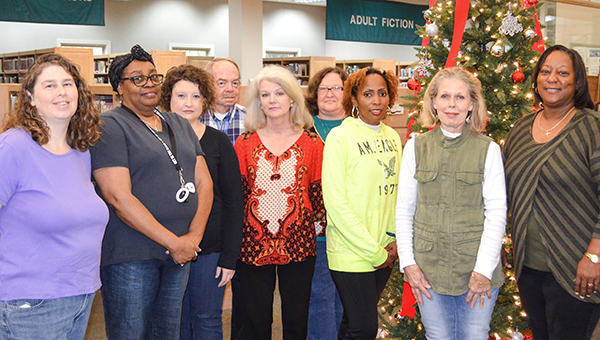 This year 7,349 public libraries across the country qualified to be rated with 260 of those libraries receiving a three, four or five star rating.

The Brewton Public Library earned a four-star rating with a total of 2,227 points, placing it among the nation’s best libraries with expenditures of $400,000 to $999,999.

It’s awesome,” said Lynn Likely. “I don’t think Brewton has had this type of recognition before. It’ s a huge accomplishment for the staff and community.

Likely, who became BPL director in 2011, said the library has pushed to grow its programs to reach not just children, but teens and adults.

“We’re trying to do more for teens because most programs in the past have been just for children,” Likely said. “While maintain our strong children’s programs we also want to reach out to teens and adults. We’re also improving technologically with Ebooks and audiobooks which have become popular today.”

Currently the library has 18,968 card-carrying patrons. The total item collection, which include books, movies and audiobooks, number at 70,217.

“We are exceedingly proud of our library and the quality programs and services there,” said Brewton mayor Yank Lovelace. “Lynn Likely has provided excellent leadership for a dedicated team of employees there. I congratulate Liz Garrett and the entire Library Board for their hard work and guidance.  We hope to keep improving our services so that residents can always find an avenue to the world right inside our public library”.

The Flomaton Public Library earned a five-star rating with a total of 3,420 points placing it as the top library in the nation with libraries spending between $100,000 to $199,999 a year.

Boutwell has worked at the FPL for the past decade. She was named library director in November 2015 after the retirement of Faye Knowles.

For more information and resources available at the libraries contact Likely in Brewton at 867.4626 or Boutwell at 296.3552.