A Flomaton man is charged with manslaughter in the Saturday “night hunting” death of a Flomaton woman.

Shannon Heath Bell, 31, was jailed after he allegedly shot 35-year-old Donna Lorraine Martin while the couple were illegally hunting from a compact pickup truck on County Road 40 near the Pollard Boat Landing. 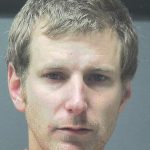 According to a preliminary hunting accident report, Bell was pulling a rifle out of the vehicle, stock first, when it discharged, hitting Martin in the stomach. After many attempts, Bell connected with emergency personnel via cell phone call just after 6:30 p.m. and directed them to the intersection of Foshee Road and Ala. Hwy. 31 Martin was transported to D.W. McMillan where she later died.

Alabama Conservation and Fresh Water Fisheries Enforcement Officer David Smith said that most firearms-related hunting accidents are self-inflicted or involve members of their own hunting party.

“Any hunting accident is a tragedy,” Smith said. “But when the parties know each other, it can be particularly difficult for both families.This accident could have been prevented. Hunting is one of the safest outdoor activities you can participate in if it’s done in compliance with the law and following all safety rules.”

Bell was was also charged with hunting from a public road, hunting at night, hunting from a motor vehicle and hunting without a permit. He was booked into the Escambia County Detention Center and held on a $25,000 bond.