The case against a Brewton bondsman arrested in October following allegations he was trading services for sexual favors was dismissed. 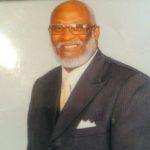 Court records show that the state elected to not present any evidence during the case’s preliminary hearing; therefore, the case was dismissed.

Letts said, “Isiah 54:27 says ‘No weapon is formed against thee shall prosper; and every tongue that shall rise against thee in judgment thou shalt condemn. This is the heritage of the servants of the Lord, and their righteousness is of me, saith the Lord.”