A Flomaton native living in Auburn was killed in a Christmas Eve crash near Brewton. 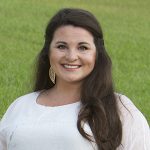 Alabama State Trooper Public Information Officer Kevin Cook said 29-year-old Jessica “Jessi” Michelle Norwood was killed when her 2009 Toyota Camry overturned and hit a tree. Norwood, who was not wearing a seatbelt, was pronounced dead at the scene on U.S. Hwy. 31, seven miles south of Brewton.

Norwood was known locally for her “Hot Damn Jelly Company,” a specialty company that offered a variety of pepper jellies. Her story was recently featured in an edition of brewton: the magazine and described how Norwood’s company was featured in USA Today’s food blog in its “Tour of Alabama” section.