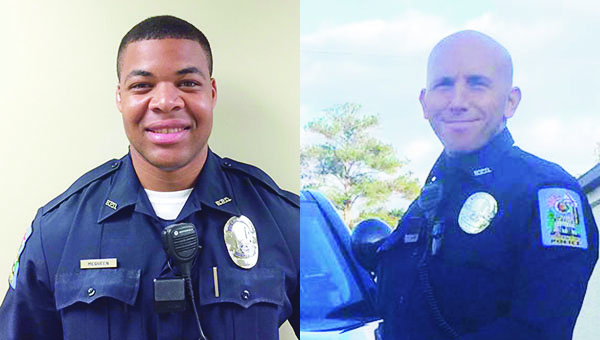 “Officers McQueen and Grant rushed to the scene where an elderly female was trapped in her vehicle in the floodwaters on Murder Creek Road,” McGougin said. “The men entered the cold and swift flooded creek in the dark and waded through waist deep water for a great distance before finally reaching the female in her vehicle and getting her to safety.”

“We can’t say ‘thank you’ enough for your service and for representing the department so well,” he said of the officers.