The Celebration of Life Service will be Fri., Jan. 20, at noon at Warren Temple U. M. Church. Pastor Carl V. Epps will officiate. Burial will follow at Meadoway Gardens Cemetery.

The family will be at their home at 716 Pyracantha Drive and will receive friends in the Chapel of Lakes-Dunson-Robertson Funeral Home on Thurs., Jan. 19, from 6 to 7 p.m. 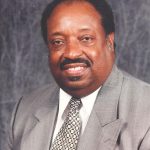 He was born June 3, 1942, to Janie Mae Bradley Avant and the late,Calvin Avant Sr. in Brewton.

He confessed Christ at an early age and joined Baptist Hill Baptist Church in Brewton, only to later unite with Old Mount Olive Baptist Church in LaGrange, where he served as an active member and Chairman of the Deacon Board for several years.

He graduated in 1960 from Southern Normal School. He continued his education after receiving an academic scholarship to Central College in Pella, Iowa.

After a car accident, he transferred and graduated from Stillman College in Tuscaloosa in 1965 with a bachelor’s of art degree in English.

He moved to LaGrange, where he taught at Mount Pleasant Elementary School in Mountville, Ga., for two years. He then worked for Community Action for Improvement in LaGrange. He ultimately accepted an appointment to the Georgia Department of Labor where he retired as field manager with 34  years of service.

He was united in holy matrimony to Jan Flowers Avant for 50 years, and to this union one daughter was born.

His hobbies and interests were music, specifically the blues; playing basketball, and University of Alabama Football – “Roll Tide.”

Express your condolences in the guest book by visiting lakesdunsonrobertson.com.

The family would like to express their gratitude for his excellent care provided by Lakes-Dunson-Robertson Funeral Home.

She was born on Sun., March 10, 1940, in Hackleburg. She was the daughter of the late Cecil C. Wallace and the late Era Clay Wallace.

She was a paralegal.

She was preceded in death by her parents, Cecil and Era Wallace; son, Tracy Scott Goodman; and brother, Jimmy Wallace.

Family and friends may leave online condolences for the family on the guest registry at martinfuneralhomeinc.com.

He was a native and life long resident of Conecuh County. He attended London Baptist Church. He was a U.S. Army veteran, and was a retired truck driver having drove for Poole, Evergreen Transportation, and Price Trucking.

He was preceded in death by his wife, Lorine Pettis Baker; and three sisters, Ollie Mae Bartlett, Ora Dell Janes and Pauline Shell.

He was a native of Castleberry, and a life long resident of Brewton. He was a member of the L Pond Church of Christ and the Brewton Church of Christ, a graduate of Conecuh County High School, a U.S. Army Veteran, and a retired digester cook from Jefferson Smurfitt with 42 and half years of service. He enjoyed bowling, hunting and fishing.

He was a native of Pensacola, Fla., and a life long resident of Brewton. He was of the Baptist faith, attended W.S. Neal High School, and was employed as a painter and welder at Lucas Tire and Welding.

He was preceded in death by his father, Jack Maddox; mother, Evelyn Maddox; and brother, Douglas Maddox.

William Price, 86, of Flomaton, passed away on Sun., Jan. 15, at D.W. McMillian Memorial Hospital in Brewton.

Visitation will be held on Thurs., Jan. 19, at Flomaton Funeral Home Chapel from 6 until 8 p.m.

Funeral services will be held on Fri., Jan. 20, at 2 p.m. at Little Escambia Baptist Church with Dr. Larry Patterson and the Rev. Bobby Carnley officiating and Flomaton Funeral Home directing.

Interment will follow in Little Escambia Cemetery in Flomaton.

He was born in Hurricane and had been a member of the Flomaton community for 42 years coming from Pensacola, Fla. He was a veteran of the United States Navy and was retired from CSX Railroad as a conductor.

He was an active member of Little Escambia Baptist Church and was preceded in death by his son, Warren ‘BoBo’ Burkett; parents, James and Johnny Price; and brothers, Rudolph, Jack, and Donald Price.

He was a native and long time resident of Brewton before moving to Cantonment. He attended Elim Baptist Church. He was a U.S. Army veteran, and was retired from Monsanto with 37 years of service. He enjoyed hunting, fishing, playing poker, dominos and Alabama football.

He was born in Gatesville, Texas. He had been a resident of East Brewton for 36 years prior to moving to Helena, Ga., in 2010.  He and his wife returned to live in Brewton a short time ago. He was a nearly 30-year veteran of the U.S. Air Force.  n active member of the community, he was past president of the Escambia County Historical Society, oversaw the publication of the book “Heritage of Escambia County,” was a radio announcer with WEBJ for a long while and for WKNU for a short while. He was also a member of North Brewton Baptist Church.

He was preceded in death by a son, Mark Seward.

He is survived by his wife, Doris Hooks Seward of Brewton; four daughters, Barbara Dugie and Catherine Elizabeth O’Neil, both of San Antonio, Texas, and Rebecca Seward and Mary Kay Sherman, both of Warner Robins, Ga.; two sons, Joseph Warren McCarter of Helena, Ga., and Steve McCarter of Byron, Ga.; and a number of grandchildren and great-grandchildren.

Funeral services were held at Craver’s Funeral Home on Wed., Jan. 11, at  noon with the Rev. James Peacock officiating. Interment followed at Pleasant Hill Cemetery in the Wild Fork Community.

He was born in Brewton. Growing up, he worked on the family farm and joined the Three Cs camp in Baldwin County as a cook. He then went to work in the shipyards in Mobile and Pascagoula, Miss. Following his retirement, he moved to Navarre.

He was preceded in death by his parents, Lawrence and Florence Morris; four brothers; and five sisters.

He is survived by three children, John Morris Jr.; two daughters, Deborah and Michelle; one sister, Christine Strength; brother, Ronald Morris; his caretaker, Carolyn Doll of Navarre; and a number of nieces and nephews.

Alex Luker Jr., 96, of Mayo Street East Brewton, passed away Friday morning, Jan. 13, 2017, at his residence after a brief illness.

He was a native of Oak Grove, Fla., a former resident of Cleveland, Tenn., and a long time resident of East Brewton. He was a member and deacon of the East Brewton First Baptist Church. He attended schools in Oak Grove and Bratt, Fla. He was a U.S. Army Veteran, and a retired recovery operator from Jefferson Smurfit with 26 years of service.

He was a native and life long resident of Brewton. He was of the Holiness faith and a former truck driver and roofer.

He was preceded in death by parents, James William and Elizabeth Ann Steele Pugh, and granddaughter, Alexis Pugh.

Funeral services were held on Tues., Jan. 17 at 2 p.m. at Brewton First Baptist Church with the Rev. John Finklea officiating.

Visitation will be held at Craver’s Funeral Home today, from 11 a.m. until service time at noon.

He was born in San Augustine, Texas, and had been a resident of Century, Fla., prior to moving to Castleberry 47 years ago.  He was a U.S. Army veteran, having served during the Vietnam War, and worked as a machinist at Brewton Iron Works for a number of years.

He was a member of L Pond Church of Christ.

He was preceded in death by his parents, Luther and Earline Mitchell; and a brother, Harold Mitchell.

He is survived by his wife of 47 years, Ruthie Blair Mitchell of Castleberry; two sons, Luke (Lacinda) Mitchell of Flomaton, and William (Kelly) Mitchell of Brewton; five grandchildren, Logan, Lindsey, Lainey, Madison and Ace; and numerous nieces, nephews, and other family members.