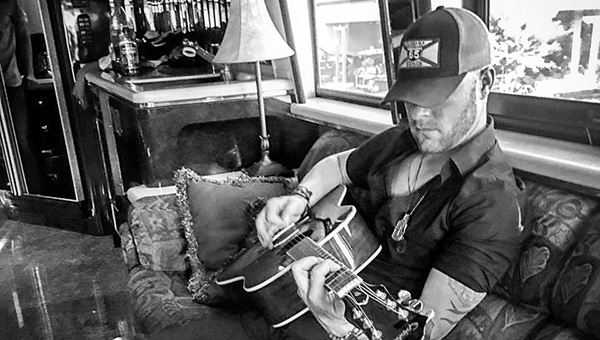 Muscle Shoals artist Brandon Henson will headline the April 8 “Kick It at the Creek” event.

Muscle Shoals artist Brandon Henson will headline the April 8 “Kick It at the Creek” event.

“I got to see him in Nashville, and I thought that his music was fantastic,” McGougin said. “His performance won’t disappoint.”

He takes his musical roots from artists such as Gary Alan, Jake Owen, Jason Aldean , George Straight, and Jamey Johnson. He has co-headlined shows with Parmalee, Drake White, Shenandoah, Chris Janson, as well as held the opening position for Brantley Gilbert, Travis Tritt, Joe Nichols, and more at numerous festivals.

“To me (being a musician), it’s not about fame or money,” he said. “It’s not about having a No. 1 hit on the radio or selling out football stadiums, even though those things are cool and things that all musicians dream of, It’s about being you – doing what you love, and putting on a show for the fans that they won’t forget.

“Those fans pay money to come to these shows, so it’s my job to create memories for them doing what I love that they can cherish forever,” he said. “It’s all about the fans.”