2 jailed for threats against officers

“That (expletive omitted) is going to get what’s coming to him…I hope some (racial slur omitted) rapes his wife and his kids…I hope (he) needs a tree cut; I’ll sit back and laugh while his kids die.”

Those alleged statements and others like them Thursday led to new charges for two of the nine arrested earlier this week for a rash of recent burglaries in the Foshee/Wildfork Road areas.

As a result, Joseph Christopher “JC” Davis III and his brother, William Nelson Davis, are each charged with making a terrorist threat after the two allegedly threatened two Escambia County Sheriff’s deputies and one correctional officer. 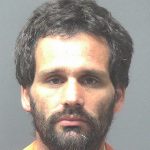 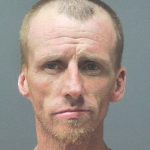 The pair – along with six others – are facing charges ranging from theft of property to drug possession after deputies recovered a number of stolen guns and other items from three separate residences.

“These men thought they’d benefit from threatening two of my deputies and one of my correction officers,” Smith said. “And based on their statements, I have no reason to believe they won’t do what they said they’d do.”

White seemed to agree after sternly admonishing the two for talking over him and to others near the bench while he was speaking.

While the state opposed a bond on the new charges, White said he felt “constitutionally bound” to provide one.

“But when you can’t be quiet, you don’t give me a lot of confidence that you’ll comply with my orders,” White told the men. “The reason your bond is so high is because you don’t listen. How am I supposed to know you’ll do what you’re supposed to do out there if you won’t obey me in the courtroom?”

Both men assured White that they would follow the conditions of the bond agreement, which also prohibited contact with the victims and families in the cases and not leaving the state.

Others arrested as part of the recent of burglaries in the Foshee/Wildford Road areas.

Chief Deputy Mike Lambert with the Escambia County Sheriff’s Office said the multi-search warrant investigation led to the recovery of a number of items, including firearms and electronics, stolen from a number of homes and camp houses. The first warrant, which was executed Friday at 9909 Appleton Road, led to the arrest of:

• Amber Piland for two counts of receiving stolen property; possession of marijuana I, and possession of drug paraphernalia. She was released on a $20,000 bond; and,

• Timothy Dillon Anthony for two counts of receiving stolen property I, possession of marijuana I and possession of drug paraphernalia.

Lambert said deputies continued the investigation at two homes – 5753 Foshee Road and 4555 Wildfork Road – Tuesday. While there, deputies recovered another set of stolen items and arrested:

Each was booked into the Escambia County Detention Center.