An Escambia County grand jury has indicted two in the September traffic death of an East Brewton teen.

Devontaye “Trey” Trevon Taylor, 18, died from injuries he sustained on Sept. 25. He was not wearing a seatbelt and was ejected from the vehicle. 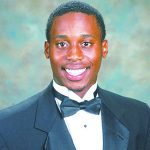 Taylor, along with Joshua D. Thompkins and Darius Jermaine Benjamin, were traveling in a 2007 Chevrolet HHR, which left the roadway and overturned on Ala. Hwy. 41 seven miles north of Brewton.

Accident reports indicate the two young men “eventually left the scene on foot and were able to travel approximately one mile before the accident was reported by a passer-by.” Alcohol is believed to be a factor in the crash, the report indicated.

Escambia County District Attorney Steve Billy said information in the crash “didn’t add up,” and the case was presented to the grand jury.

“Those charges are the result of the grand jury,” Billy said.

“I don’t want people to forget what an awesome young man Trey was,” Nettles said. “Everyone knew him and loved him. I have never seen this town – both Brewton and East Brewton – react to someone dying like they did with Trey. He was just great.”

Thompkins remains in the Escambia County Detention Center under a $150,000, while Benjamin was released on a $75,000 bond.