Allen Cave, who has lived in Brewton for most of his life, was recently invited by the shareholders of Hartmann, Blackmon and Kilgore, P.C. to become a shareholder, or partner, with the company.

Cave has been employed by the accounting firm since 2011 and has been in public accounting for more than 20 years.

“I started out at Auburn University after graduating from high school to study and become an electrical engineer,” Cave said. “I decided I had made a big mistake and switched to accounting at Samford University.” 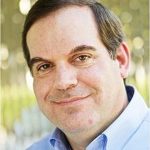 Cave was born in Monroeville, but moved to Brewton when he was in the eighth grade. He graduated from T.R. Miller High School in 1991 before his short stint at Auburn.

“I didn’t enjoy the routine of private accounting,” he said. “Now things vary from day to day and I never know what I will be working on. I work mostly in tax consulting and no two days are the same. There are no typical days.”

“It’s not a bad trip driving to Foley every day,” he said. “I usually work here in Brewton one day out of the week, too.”

Cave was married in 1997 to Madelyn Cooper, who is also from Brewton. She is the principal of Brewton Middle School, and they have two children, Garrett, who is 16 and a junior, and Abigail, who is 14 and a freshman. They both attend T.R. Miller High School and keep their parents busy.

“Garrett plays tennis, and Abigail is involved with volleyball and softball, so we attend a lot of their functions,” Cave said.

“When I have the time I like to travel, watch Auburn football and I love to cook,” he said.

“We love Brewton and raising our children here. This has worked out for us because we are able to send them to T.R. Miller, and their grandparents live close by. We like the idea of their being raised in Brewton.”