A Brewton bail bondsman is once again facing charges after he allegedly traded services for sexual favors. 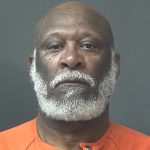 In December, the case was dismissed after the state elected not to present any evidence during the case’s preliminary hearing; however, the January session of the Escambia County grand jury agreed there was enough evidence to move the case forward.

Lett was booked into the Escambia County Detention Center and released Thursday on a $7,500 bond.