The search will soon be on for a new Castleberry police chief.

The small town just over the Escambia County line is at the heart of a 13-count, seven-plaintiff suit filed in Conecuh County alleging illegal practices by Hawsey, his employees and town officials. 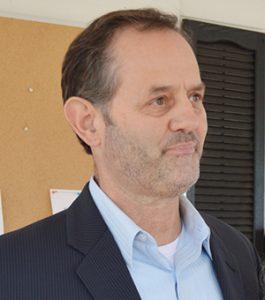 The suit alleges Hawsey and his officers acted as “a roadside judge, jury and executioner” by imposing a $500 vehicle and/or conveyance impound fee on those arrested for drug crimes, as well as the illegal confiscation of more than $5,550 in cash. The suit also claims that Hawsey, his employees and town officials failed to give the accused due process or follow the state’s forfeiture laws.

While Kirksey did not comment on the suit, he said the town will fill the chief position temporarily from within.

“Then, we’ll take applications,” Kirksey said. “Right now, we have to figure out what’s best for the town. We have to do that before we can move forward.”

Which is the ultimate goal for the whole town council, he said.

“I ran for mayor because I wanted to see change,” Kirksey said. “It’s not realistic to see a small town grow, especially in the condition we are in. We have two businesses – a service station and a Dollar General. We don’t see much revenue from our two big employers (automotive suppliers).

“It’s our job as the council to make what revenue we do have go as far as it can,” he said.

One of those ways is to examine all expenses – including personnel expenses, Kirksey said.

“Right now, we’re working on getting an operating budget,” he said. “It’s been a number of years since the city has operated with one. We have good records of revenue and expenditures, and now it’s time to sit down and work through those.

“We need to do things differently in Castleberry than they’ve been done in the past,” he said. “That’s why the people elected me. This is not my money to spend. It’s the people’s, but we need to make it go as far as it can.”

The next step in the process is obtaining an audit of all town funds, Kirksey said.

“Once we have that information, we can get a clear picture of what’s been going on and where we need to go in the future,” he said.