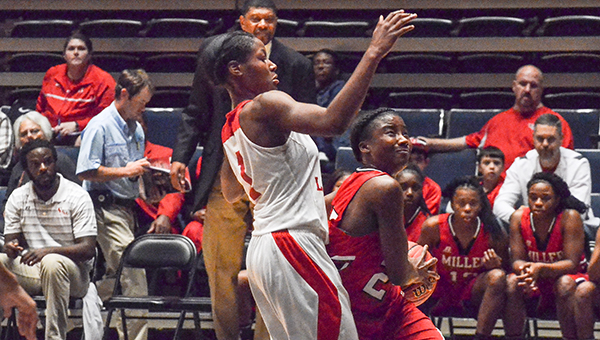 Corey Williams | The Brewton Standard
TRM’s Alijah Fountain drives to the basket against Hillcrest. Fountain finished the game with 10 points.

The T.R. Miller Lady Tigers were defeated by Hillcrest in the regional finals today, 52-44.

Forty years ago, in 1977, the Brewton Lions Club was getting ready to hold its annual pancake supper. If I... read more