A Florida sex offender is facing a new charge in Alabama after he allegedly was living in a Barnett Crossroads’ home with children. 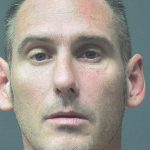 Jeremiah Brunson, 39, attempted to register the home’s address with the Escambia County Sheriff’s Office on Jan. 18. Chief Deputy Mike Lambert said Brunson’s request was denied because children were living in the home.

Brunson was convicted in June 2000 of lewd assault and sexual battery of a child less than 16 and is prohibited from living in a home where children are present, Lambert said.

“Alabama law states that (a convicted sex offender has) three days to obtain a residence and be approved,” Lambert said. “The sheriff’s office obtained information that Mr. Brunson was living at the Barnett Crossroads residence, along with minors.”

Brunson was charged with violating the Sex Offender Registration and Notification Act and was booked into the Escambia County Detention Center under a $50,000 bond.

Memories that last a lifetime