Joyner named GSC Pitcher of the Week for consecutive time 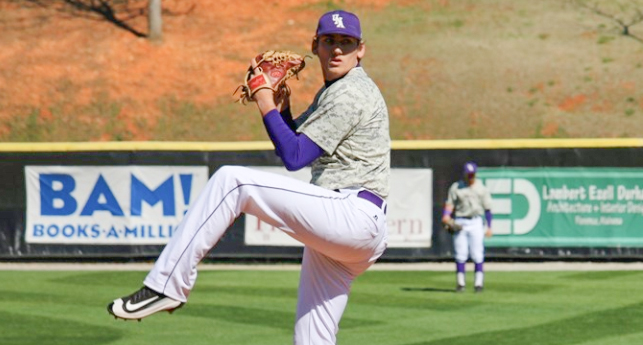 East Brewton native and University of North Alabama junior pitcher Tyler Joyner has been named Gulf South Conference pitcher of the week for the second straight week after his performance in a 12-1 UNA win over Shorter.

The 6’3″ hurler turned in a nine-inning, complete-game performance, allowing just one hit and one unearned run, while striking out 11.

For the season, Joyner leads the GSC in earned run average (1.23), innings pitched (29.1) and strikeouts (37). He is tied for the most wins in the league with four.

Joyner graduated from W.S. Neal High School in 2014. He joined the Jefferson Davis Community College Warhawks that year. As a Warhawk he set a school record with 60 innings pitched, 58 strikeouts and a 4.20 ERA.

He is the son of Howard and Misty Joyner of East Brewton.