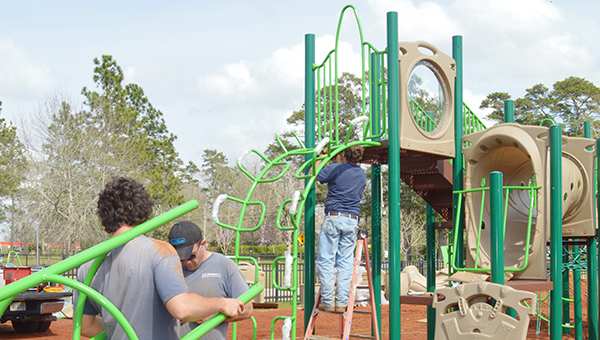 Declining play and revenues were cited as the reasons for the par-3’s closure, Mayor Yank Lovelace said. While a group of more than 10 local golfers spoke out in opposition to the move, and Councilwoman Carrie Brown’s “no” vote, it was not enough to sway the council’s decision.

“To make sure the golfers aren’t impacted, we have contacted the Country Club of Brewton who will honor (Dogwood Hills’) memberships,” Lovelace said.

The possible uses for the property are many, he said. Examples include a splash pad, pool, archery course, new ball field complex and walking trail.

“Golf is a declining sport,” he said. “Archery is one of the fastest growing sports in the nation, and we have partnered with the schools to explore the sport more. There is a great area there for a baseball complex, too.”

Lovelace said selling the property for residential development doesn’t appear to be a feasible option.

Meetings are set this week to finalize the agreement with the country club, and a transition date for the memberships will be announced in the coming days.

Currently, work to replace the park’s playground equipment should be completed by the end of the week, weather permitting. The splash pad, playground and tennis court operations will continue as normal, Lovelace said.