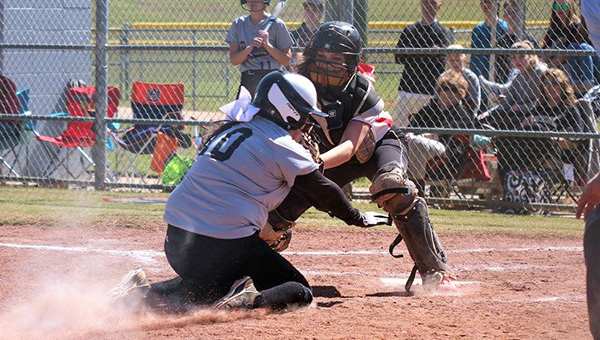 Taylor Austin dazzled on the mound for the Lady Tigers, tossing a no-hitter against JU Blacksher on Friday. Austin finished the game with six strikeouts.

In the meantime, Miller’s offense was operating well with timely extra base hits. Miller scored three runs in the first inning on a double by Myra Reiss, a single by Austin and a single by Mary Madison Brown.

The Lady Tigers added another run in the fourth inning with a triple to left center field by Grace Ruzic to score Kaliegh Folsom. Ruzic later came in to score off a bunt single by Morgan Longmire, increasing Miller’s lead to 5-0. Reiss continued her great night at the plate with an inside the park homerun in the fifth inning, that also scored teammate Steely Ruzic. Miller scored its eighth run on a pass ball later in the inning.

Reiss was 2-for-3 with three RBIs for the Lady Tigers. Taylor and Brown each had two hits and an RBI.

TRM watched the game slip away early and couldn’t recover in a 5-2 loss to Northview on Friday. Northview scored on an error and a single by Alayna Brown in the first inning. The Lady Chiefs scored two runs in the second inning on a double by Kendall Enfinger and a single by Tori Herrington. Northview added a run in the fourth inning.

Miller got on the board in the bottom of the fourth on an infield error by Northview and double to left field by Grace Ruzic.

Steely Ruzic and Grace Ruzic had the only hits for Miller.

TRM pitchers Myra Reiss and Anna Grace White combined for a no-hitter versus the Lady Blue Devils. Miller scored four runs in the first innings, seven runs in the second inning and one run in the fourth.

Miller had nine hits as a team. Mallori Floyd and Myra Reiss had multi-hit games for the Miller. Reiss was 2-for-3 with two RBIs. Steely Ruzic had a triple and two RBIs. Grace Ruzic and White each had two RBIs. Addi Smith was 1-for-2 with a homerun.

Miller fell behind early and couldn’t come back in a 6-2 loss to Excel on Saturday. Excel took the lead on a single by Marly Malone in the first inning.

Excel scored three runs in the fourth inning with big hits coming from singles by Haley Beard and Hannah Cobb.

Austin and Addi Smith each drove in one run to lead the Lady Tigers on offense.

Miller scored two runs in the first inning off back-to-back singles by Myra Reiss and Taylor Austin. In the second inning the Lady Tigers scored four runs off an error, single by Morgan Longmire to leftfield, and a 2-run single by Reiss. Northview scored two runs in the bottom of the inning on a bunt single by Lydia Smith and single by Peighton Jackson to centerfield. With the score 6-2 in the top of the fourth, Austin doubled home Reiss to extend the Miller lead.

Northview bounced back via the homerun off the bat of Terianna Redmond. Still, despite the late push by Northview, Miller was able to force a ground out to end the game.

Austin picked up the win for the Lady Tigers, allowing two runs on three hits and one strikeout. Reiss came in for relief in the third inning. She allowed one run on two hits with one strikeout.