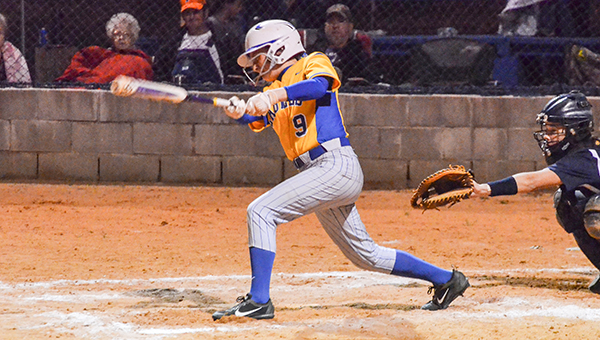 On Monday, the W.S. Neal Lady Eagles were defeated at home by Central, 11-2. In Northview, the Eagle varsity team was defeated by the Chiefs, 7-6.

A dominating performance by Central pitcher Lacee Stewart and 17 hits, including a two homerun night by Haley Gauthier, proved too much for the Lady Eagles, as the team moved to 2-6 for the season.

Neal only trailed 3-2 going into the sixth inning, but Central scored six runs to extend its lead 9-2. Neal responded with a run in the bottom of the inning with a single by Natalie Wyatt to score Jena Wyatt. Central added two runs in the seventh. Stewart closed out the game with back-to-back strikeouts, mounting her total to 12 for the night.

Gauthier was 3-for-3 with two homeruns and four RBIs to lead Central.

Neal’s Madison White had a triple and scored a run. Adria Barnett, Natalie Wyatt and Madison Hawthorne also had hits.

A single, balk by the pitcher, fielder’s choice and single to left field was the difference maker in the Northview Chiefs win in the bottom of the seventh inning. 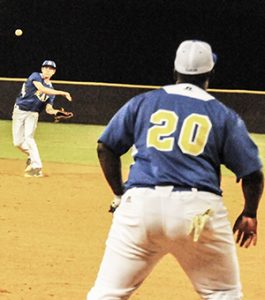 Despite only two hits for the ball game, Neal was able to manufacture runs. The Eagles scored three in the top of the first. Northview responded with two runs in the second and third inning. Going into the top of the seventh Neal trailed 6-4. An error on the catcher scored Noah Hill, and a sacrifice fly by Jacobey Hawthorne scored Jennings Hobbs, tying the game 6-6 going into the bottom of the inning. The tie was short lived when Northview’s Blake Reid singled home the game winning run.

Aaron Bosarge led Neal at the plate with a double and 2 RBIs. Weston Riddle was 1-for-3 with a run scored.

John Chivington led Northview at the plate. He was 3-for-3 with an RBI and run scored.

Bosarge suffered the loss on the mound, allowing two runs on five hits and one walk.

Alston Wiggins picked up the win for Northview. He pitched five innings, allowed four runs on two hits and struck out four.