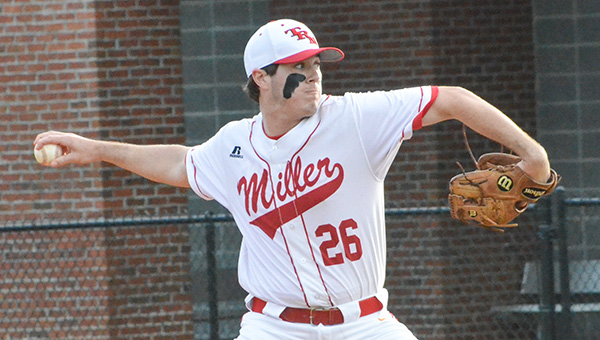 The T.R. Miller Tigers rebounded from a fourth-inning surge by Northview to win its fifth game of the season, 5-4. 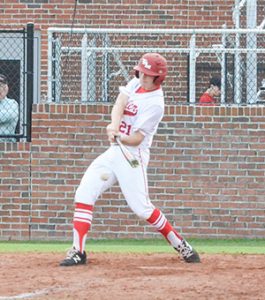 Russell Smith gets a hit on Tuesday. Smith had three hits in TRM’s win.

With the game tied 4-4, Hunter Brittain led off the bottom of the seventh with a sky high infield fly. The pop-up was misplayed by the Northview third basemen allowing Brittain to reach second base with no outs. A bunt single by Jason Konsler and an intentional walk to load the bases brought Russell Smith to the plate. Prior to the at-bat Smith had two hits and two RBIs. Again Smith delivered with an infield single to score the winning run for the Tigers.

Smith picked up the win on the mound, coming in the game in the seventh inning in relief of starting pitcher Joshua Winton. Smith allowed one hit and struck out two batters. Winton pitched six innings, allowed four runs on five hits, and struck out seven batters.

The JV team beat Northview 6-0. Blake Jernigan was the winning pitcher for the Tigers, striking out six batters in three innings of work. Jernigan led the team on offense with a hit and two runs scored. Drew Reed was 1-for-2 with a double and run scored.