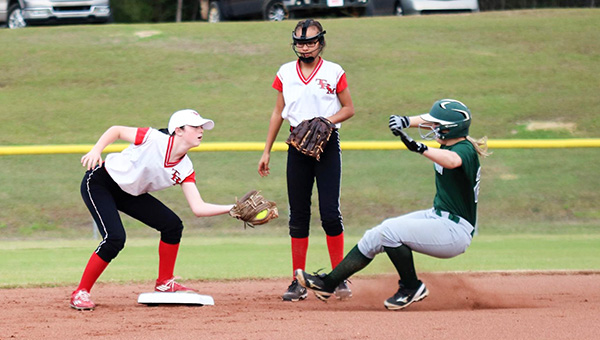 The T.R. Miller Lady Tigers fell behind Flomaton early, and besides a run in the second inning, was never quite able to get the bats going on offense. Keeping Miller off balance through seven innings was Magan Engle, who struck out seven batters in the win. The Lady Hurricanes defense also committed no errors.

Mallori Floyd was 2-for-3 with an RBI for Miller. Steely Ruzic had a triple. Myra Reiss had a hit.

Taylor Austin was the losing pitcher for TRM, but was equally as impressive from the circle. She pitched seven innings, allowed six runs; two earned, on three hits, zero walks, and struck out six.

Earlier in the evening the JV team defeated Flomaton, 8-4. Kaleigh Folsom was the winning pitcher for Miller.