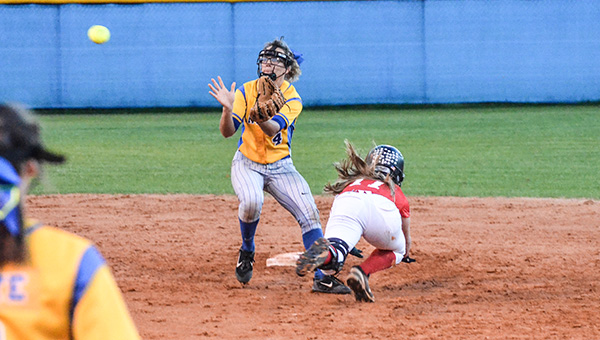 TRM pitcher Taylor Austin accumulated seven strikeouts in the winning effort while walking only one. 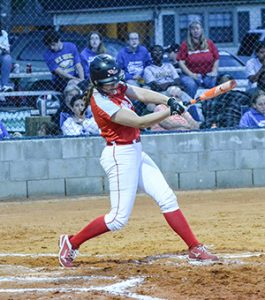 Corey Williams | The Brewton Standard
Taylor Austin of TRM connects for a home run in the first inning.

Miller scored three runs in the first inning, with the big blow coming from a two-run homer by Austin. Miller added another run in the second on a Neal infield error.

In the fifth inning Mallori Floyd reached on another infield error. Myra Reiss followed her teammate with a double. Mary Madison Brown then connected for a sacrifice fly to right field to score Floyd and extend the Tiger lead to 5-0.

Miller added three more runs in the top of the sixth inning with an RBI single by Steely Ruzic, triple by Floyd and pass ball.

Austin was 2-for2 with a homerun, single and 2 RBIs to lead Miller. Reiss was 2-for-3 with two doubles. Anna Grace White had two hits and scored a run.

Adria Barnett had the only hit for the Lady Eagles, which came in the fourth inning.

Ashli Wyatt received the loss for Neal. She gave up eight hits, two walks and struck out seven. Neal made five errors in the game.