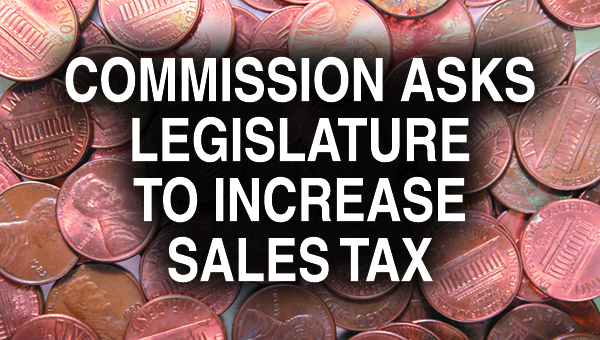 The Escambia County Commission is asking legislators for their help to grow its annual revenue by more than $2.7 million by way of a 1-cent sales tax increase.

Chairman Raymond Wiggins credited a late 1990s bond issue and the more recent ATRIP program with providing the vast majority of the county’s road and bridge repair funding of 900 miles of roads and numerous bridges.

“Any other (road and bridge) project we’ve done has been funded by our friends, the Poarch Band of Creek Indians,” Wiggins said. “And many may remember that over the last several years, the county has had a most difficult time balancing its budget. Last year, we were only able to balance our budget because Poarch allowed us to move its $500,000 contribution that normally goes for road repair to our general fund.

“If you remember, we were looking at layoffs and any way we could save money,” he said.

Commissioners said the county will face an identical situation if the measure does not pass – drastic cuts to services and employee layoffs.

“And possibly having to close the satellite office in Atmore,” Wiggins said. “But we need to be self-sufficient. The county can’t depend on anyone to help us, and while we appreciate it, that money from Poarch is for infrastructure.”

Currently, Brewton, Atmore and Flomaton collect 9 percent sales tax on each sale. East Brewton recently raised its sales tax to 10 percent to increase its overall operational revenue. Of those percentages, 4 percent goes to the state; 1 percent to the county and the remainder to the municipality. If passed by the legislature, the county’s portion would increase to 2 percent and generate an estimated $2.7 million annually.

“This won’t solve all of our problems, but it will give us some momentum,” Commissioner Larry White said.

“In fact, our legislators said they would not introduce (the measure) if the mayors weren’t in agreement,” Wiggins said. “And that means a lot.”

The resolution will first be presented in the House before heading to the Senate for final approval, Wiggins said.

In other business, the commission:

• heard from Jerry and Judy Chandler, who asked the Barnett Highway be repaved;