No new details have emerged in the case of a Brewton woman charged last week with allegedly trying to kill her mother-in-law.

Sherry Diane Breceda, 66, was taken into custody on Tues., March 7, and charged by the Brewton Police Department with attempted murder and resisting arrest. 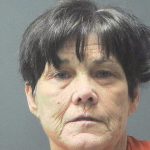 Caylor said as the case remains under investigation, he could not define that “suspicious activity;” however, he credits facility staff with their response.

“We have to thank the West Gate Village staff for their observation and response to this activity,” Caylor said. “Without the staff’s quick response and cooperation in the investigation this type of activity could still be going on. We, the Brewton Police Department and the staff of West Gate Village take pride in protecting the residents and will not allow this type of activity or abuse.”

Breceda remains in the Escambia County Detention Center under a $75,000 bond.