Castleberry officially has a new chief of police.

Troy Staley was appointed to the position on March 14 by the town council. In February, the council accepted the resignation of the-then chief Tracey Hawsey.

Staley has been with the CPD for just under a year. The Covington County resident began his law enforcement career in 2012 with the Opp Police Department before accepting a position with the CPD.

He said he is grateful for the opportunity to lead the department. 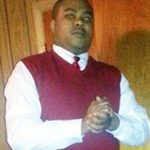 “I think (Castleberry) is a great town,” Staley said. “The people are stand up – a good group of people.”

The department employs two fulltime officers and one part-time officer, he said.

Despite the change in leadership, it’s “business as usual” for the department, he said.

“(Being in law enforcement) is an opportunity to make a difference,” Staley said. “I want to make a change not only in our community but also in the world. I know it’s a small town, and a small impact, but doing something is better than doing nothing.

“My plan (for departmental operations is to) take it one day at a time,” he said. “There is always going to room for change, but it has to be done for the better. There’ve been no major issues since I’ve assumed the role. We’re going to continue to do the best job we can to keep the residents safe, by doing our job and being fair and impartial.”

The change in department leadership comes on the heels of a 13-count, seven-plaintiff suit filed in Conecuh County alleging illegal practices by Hawsey, department employees and town officials.

The suit alleges Hawsey and his officers acted as “a roadside judge, jury and executioner” by imposing a $500 vehicle and/or conveyance impound fee on those arrested for drug crimes, as well as the illegal confiscation of more than $5,550 in cash. The suit also claims that Hawsey, his employees and town officials failed to give the accused due process or follow the state’s forfeiture laws.