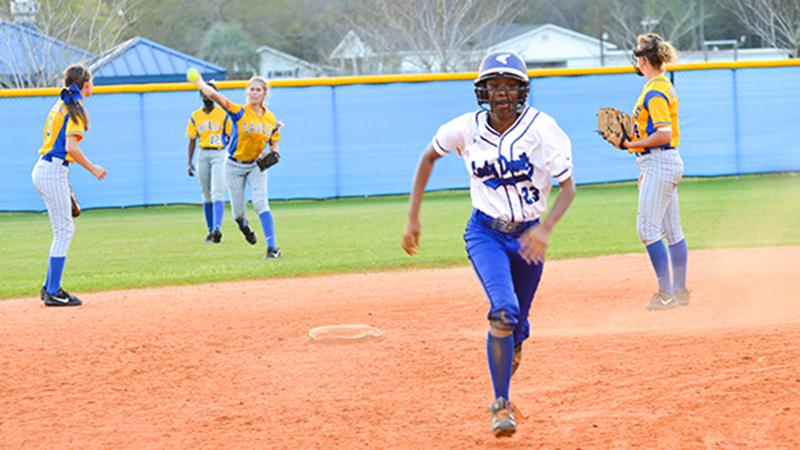 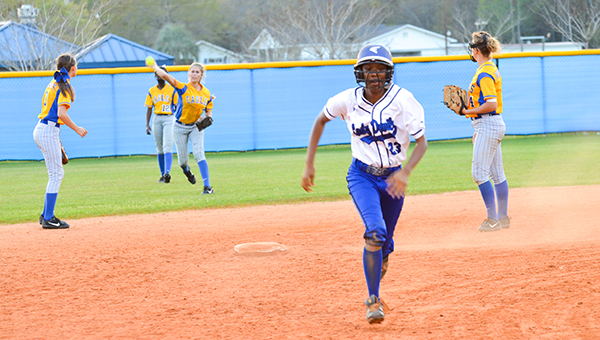 It took only three innings for the W.S. Neal Lady Eagles to secure a 16-1 win over area rival Escambia County on Tuesday. Neal scored four runs in the first two innings and exploded in the third inning with eight runs. The Lady Blue Devils scored its only run in the third inning.

Dealing from the circle in the win was Ashli Wyatt. She struck out six batters and allowed two hits.

The Lady Eagles came ready to play on Thursday against area opponent Monroe County. WSN came out with a strong offensive assault in the first inning, scoring seven runs. Adria Barnett was on fire at the plate going 3-for-4 with two doubles and 4 RBIs. Madison White was 2-for-3 with a double and 3 RBIs from the eighth spot in the lineup. Alexis McNew and Madison Hawthorne each had three hits and 2 RBIs. Natalie Wyatt was 2-for-2 with a double and 2 RBIs. Jena Wyatt had a triple and 2 RBIs. The Lady Eagles had a total of 16 hits in the game.

Ashli Wyatt picked up the win, pitching a gem for the Lady Eagles. She had 11 strike outs in four innings of work.