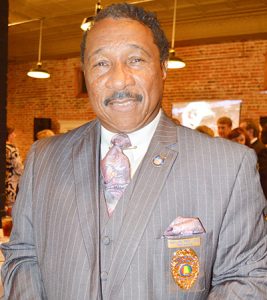 League of Municipalities in Montgomery. According to league officials the position Barton holds is ‘very important’.

The committee will begin its service with a special day next month in Montgomery. Barton currently serves as city councilman to District No. 5. He was selected by Brewton mayor Yank Lovelace and other council members to serve as Brewton’s mayor Pro Tem in Nov. 2016. Barton also serves as chairperson for the city’s financial committee.

Barton exercises his faith at New Life Holiness Apostolic Church along with his wife, Cheryl, and other family members.

The TPSC committee’s responsibilities will consist of reviewing and developing policy of transportation problems and their revenue resources and allocations.