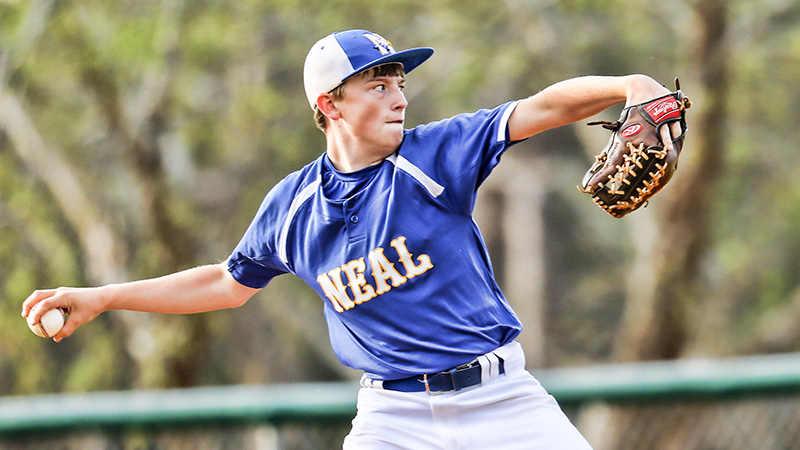 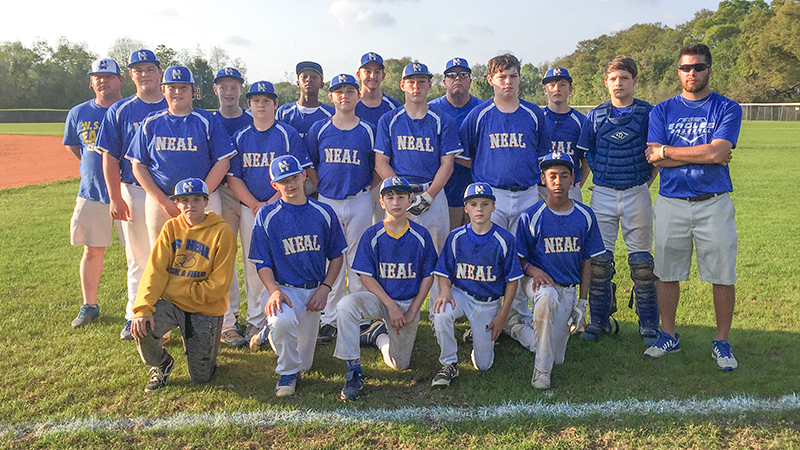 The W.S. Neal Middle School baseball team finished its best season in recent years with a 13-2 record. The Eagles closed out 2017 with a 5-3 win at Pensacola Christian on March 23.

Eleven-year head coach Chuck Phillips said its one of the best seasons he’s been a part of, in part due to leadership from the older players on the team.

“We had really good leadership from our returning players,” Phillips said. “This team improved dramatically from a year ago. This is a close-knit group and I think that reflects on the kind of success we had this season.”

“I’ve never had a player with as high a batting average for a season as Bosarge,” Phillips said. “He had an incredible season at the plate. “

Phillips said team defense was strong this season and the pitching was very good.

“Our leaders on defense were Gavin Leggett playing shortstop and Connor Wood,” Phillips said. “They did very well defensively. Pitching we had Jacob Crane and Jordan Sims who led us on the mound.”

“I’m very proud of this bunch,” Phillips said. “It was a special season.”