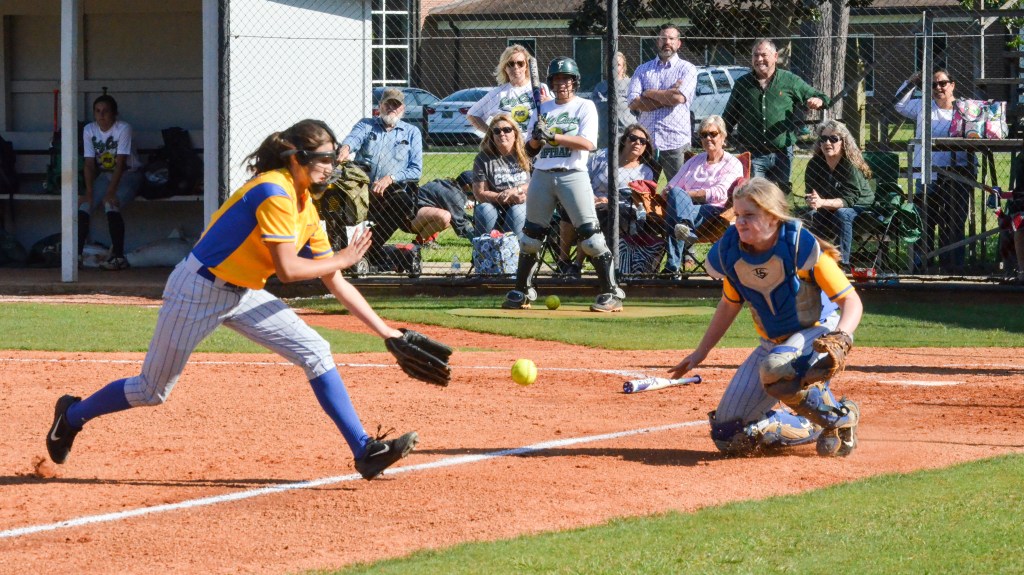 The game remained scoreless until the sixth inning. Flomaton scored its first run on a fielder’s choice to third base. It’s second run came off a triple to centerfield by Sidney Lisenby. Grace O’Bannon followed Lisenby with an RBI single.

Flomaton pitcher Magan Engle, who started the game, struck out two of three Neal batters to close out the game.

Engle was the winning pitcher, allowing no runs and striking out five batters. Ashli Wyatt suffered the loss for Neal. Wyatt had six strikeouts in the game.

It didn’t take long for the Lady Tigers to secure the win versus Escambia County. Miller was outstanding on offense, accumulating 18 hits versus the Lady Blue Devils. Steely Ruzic was 4-for-4 with a triple. Myra Reiss was 3-for-3 with a double. Anna Grace White was 2-for-2 with a double. Mary Madison Brown and Janazsia Nettles both had two hits.

White was the winning pitcher. White gave up one hit and had four strikeouts.

TRM will play two games tomorrow; Flomaton at noon; and WSN at 1:30 p.m.