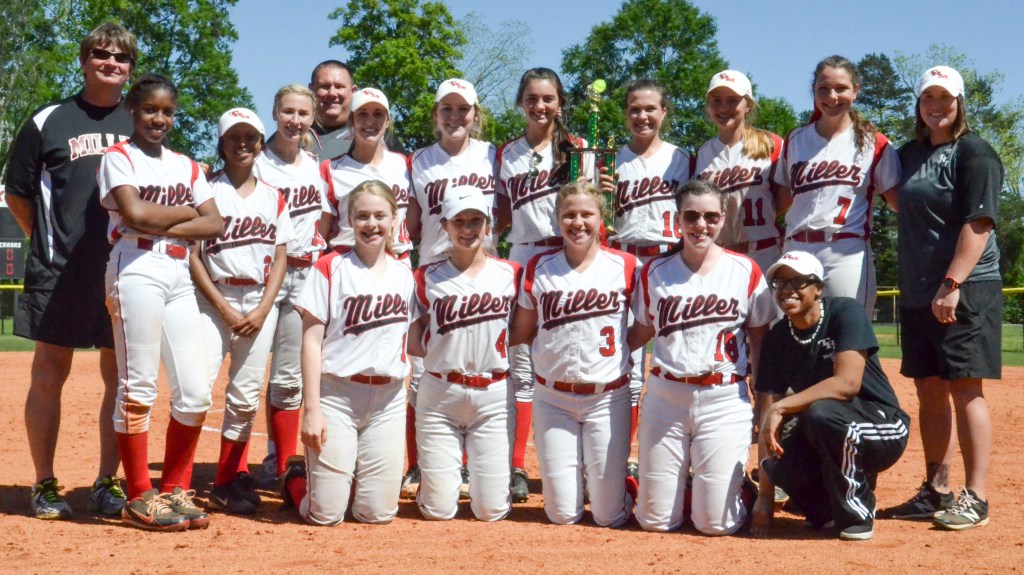 Both TRM’s Taylor Austin and WSN’s Adria Barnett kept their opponent’s offenses in check earlier in the game. Neal broke the score column in the fourth inning with a bunt by Madison Hawthorne. Barnett, who led the inning off with a single to left field, scored from third base. 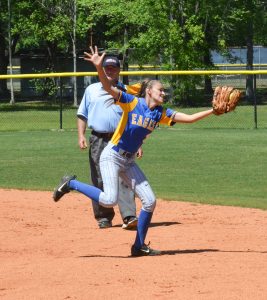 W.S. Neal infielder Tori Wyatt makes an over the shoulder catch versus Miller. 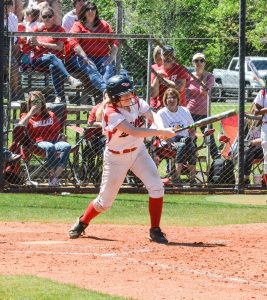 T.R. Miller’s Addison Smith connects for a 2 RBI single in the fourth inning versus WSN.

Miller responded with a single by Mary Madison Brown and double by Grace Ruzic. Addison Smith came up in the clutch for Miller with a 2 RBI single to right field to give the Lady Tigers a 2-1 lead. Miller scored three insurance runs in the fifth inning on a fielder’s choice, single by Austin and sacrifice fly by Brown to left field.

Barnett, Alexis McNew and Tori Wyatt each had a hit for Neal.

Austin was the winning pitcher for Miller. She allowed one run and one walk. She had six strikeouts.

Barnett picked up the loss. She had a strikeout.

Miller had seven hits in the win. Steely Ruzic scored a run and was 2-for-2 with a triple to lead the Lady Tigers. Mary Madison Brown was 2-for-3 with a double and 2 RBIs. Myra Reiss had a hit and an RBI. Grace Ruzic had an RBI. Anna Grace White and Mallori Floyd had a hit.

Neal poured it on early and never looked back to pick up the win. Taylor Peters got the start for the Lady Eagles and pitched the complete game for the win.