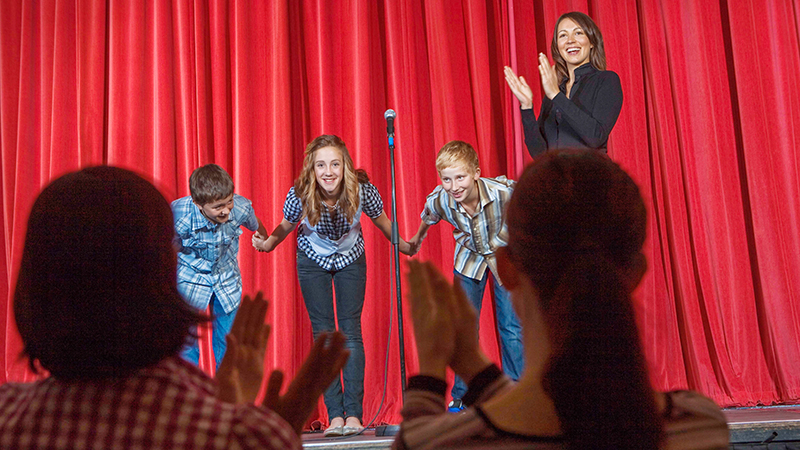 Courtesy photo Many roles to fill and not all require stage time in the upcoming production of ‘Willie Wonka’ in July. Auditions are May 2.

The curtain is about to be lifted once again for the dramatic arts in Brewton.

A City of Brewton and Coastal Alabama Community College partnership executed earlier this month will bring three performances this year to the CACC Woodfin Auditorium stage.

Stephen Billy will serve as the effort’s artistic director for the newly christened “Brewton Town and Gown Players.” Auditions are set for May 2 for the group’s first performance of “Willie Wonka” July 20-23.

Billy, a Brewton native with a master’s degree in performing arts, is currently serving as director for the famed “To Kill A Mockingbird” series in Monroeville. He has worked previously with operations in Birmingham, New York, Maine and London, England.

“I never thought I would be able to return home and have an opportunity to do what I am doing now,” Billy said. “It is a thrill and an honor. Now, with this new partnership, I hope to bring the love I have of theater back to Brewton.

“For years, we had a strong theater program thanks to the leadership of Hermine Downing and others,” he said. “Mrs. Downing really laid the foundation that I hope to build on, and thankfully, the city and (CACC) want to see that brought back.

“However, we must have the support of the community, both in terms of participation but also attendance at our ventures.”

Billy said he plans the summer show of “Willie Wonka,” a fall performance and a holiday musical. He also hopes to sponsor a youth summer acting camp as well as an acting academy in the fall.

“I feel like children learn the most through actively participating,” he said. “But, I don’t want people to think that these performances are just for children or for people who only want to be on stage. That is not the case at all. It takes a large number of people to make these performances a success – from lights to sets to costumes and more. It’s not just about having a speaking part.

“If you want to participate, we can find a way,” he said. “I chose ‘Willie Wonka’ because it’s a well-known title. Everyone is familiar with it – either the Gene Wilder version or the Johnny Depp version.

“I wanted to see how it would transfer to stage, and I didn’t want to choose a show that limited us with a small cast,” he said. “It’s going to be a challenging show, but I love a challenge.”

Auditions for the four-show series in July will be held on Tues., May 2, at 6 p.m. at the Brewton Civic Center. Children auditioning should be 7 years of age or older. There is no age limit for adults. There is no cost to participate in the production.

Those auditioning should have 30 seconds of song to show off range and enthusiasm.

“Don’t be intimidated, and don’t worry if you can’t sing,” Billy said. “It doesn’t matter if it’s ‘Happy Birthday.’ What we will be looking for is range, matching pitch and personality.

“If you are auditioning for a principle role, a script reading will be required,” he said. “We will provide that to you then, and you’ll have time to prepare.”

Rehearsals will begin the week of May 15.

“I don’t want anyone who wants to participate to think they can’t because they don’t have theater experience,” Billy said. “This is a learning process. That is why this is here. We have a community full of very talented children and adults. I want to showcase everyone one of them.”