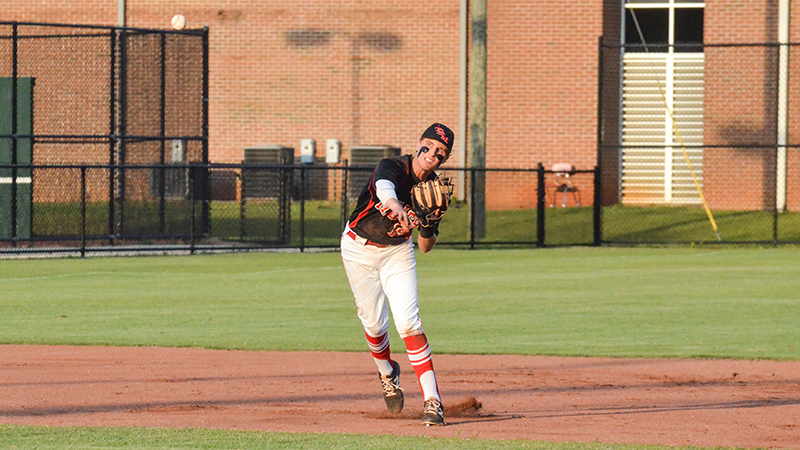 The Class 3A No. 1-ranked T.R. Miller Tigers celebrated senior night with a 7-6 win over Class 6A No. 4-ranked Spanish Fort on Thursday.

Tiger ace JoJo Booker got the nod on the mound and picked up the win. Booker threw 120 pitches in 6.2 innings. He had 11 strikeouts and three walks.

Down 3-0 going into the bottom of the third, the Tigers scored its first run on an RBI double by Booker. Brittain tied the game with a two run double off the center field fence.

With the tying run on second base for the Toros, Stokes Jennings recorded the final out for the Tigers with a strike out to close the game.

TRM head coach Kevin Madden said both teams played at a high level and believes the match up was good for the Tigers heading towards the playoffs.

“Year in and year out Spanish Fort is competing for a state championship,” Madden said. “(Coach Brent Boyd) does a great job with the team. For us, if we want to make a run in the playoffs we have to play against quality teams to see how we stack up. Our guys responded. I was really pleased of our team’s composure. They kept playing and kept fighting. I’m excited for our program. I’m excited for our fans. We had a great environment here. It was a great night.” 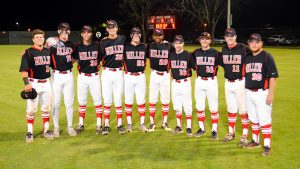 Madden said the special night was a night his senior players will always remember. “When you’re a senior you want to go out a winner in your last regular season game at home,” he said. “You want to win for your family, friends and the community. It’s huge for our seniors to put down the foundations of our program like they have and continue to build this team into a championship program.”

With the win the Tigers are 26-2 for the season. Miller will play Pleasant Home Friday, April 14, at 4 p.m.