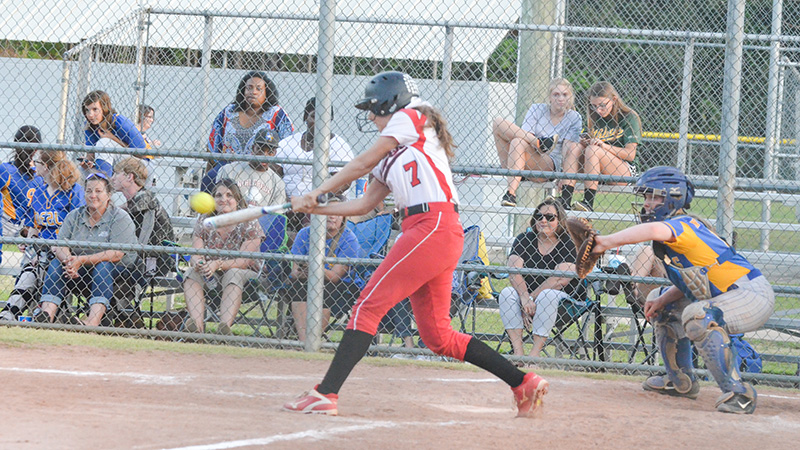 The T.R. Miller Lady Tigers defeated W.S. Neal in walk off fashion on Tuesday. With the score 9-0 in favor of TRM and two runners in scoring position, Miller catcher Mary Madison Brown connected for a line drive to left center field. Both runs scored on the hit, deciding the game on the mercy rule in the fifth inning. Brown was 2-for-3 with 3 RBIs at the plate. Mallori Floyd was 2-for-3 with an RBI. Myra Reiss was 3-for-4 with 2 RBIs.

Taylor Austin was the winning pitcher. Austin allowed one walk and one hit, coming off the bat of Neal senior infielder Tori Wyatt in the third inning. Ashli Wyatt was the losing pitcher.

In JV action, TRM and WSN ended the game in the fifth inning in a 3-3 tie. Miller pitcher Makenzie Thomas had five strikeouts. Neal’s Taylor Peters had four strikeouts. Both pitched the complete game. Peters also had a good game at the plate, leading the Lady Eagles with a double and 2 RBIs. Caitlin Chavers and Shana Driskell each had a hit for Neal.

TRM was led at the plate by Kate Najor who had two hits. Makayla Mitchell had an RBI. Sailor Smith had a double and an RBI.