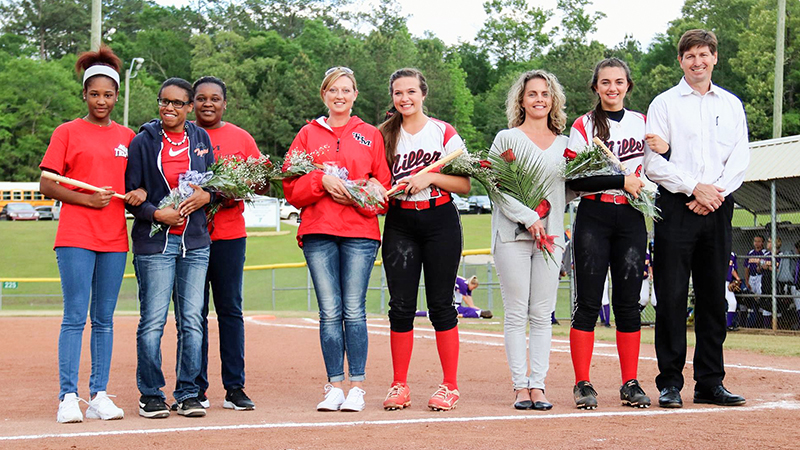 The T.R. Miller Lady Tigers was defeated by Jay, 7-2, on Friday.

Myra Reiss and Taylor Austin had two hits each to lead Miller. Austin had an RBI.

Destiny Herring was 3-for-3 with two doubles and four RBIs to lead Jay.

Herring also picked up the win at pitcher, tossing the complete game and striking out seven batters.

Mon., April 24 the Lady Tigers celebrated senior night with a win. The JV team also picked up a win to finish its season 8-1-1.

Miller is 19-8 for the season. The area tournament in Excel will begin tomorrow.

Matchups and times for the tournament will be announced at a later date.